What Does The Future Hold For Apple 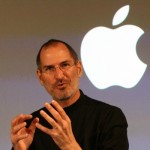 With all the products and lines that Apple has introduced in the past few years, the question has been asked, “What does the future hold for Apple?”. Right now, the future for Apple looks bright, despite increased competition.

Apple’s MacBook line has seen increased sales over the past few years, leading to them actually gaining market share against traditional Windows based computers. This increase has led to more MacBooks being launched and Apple even allowing more customization in their products than was available in the past. Improvements in Safari, Apple’s web browser software, have made the experience of using a MacBook feel more like using a Windows PC.The recent launch of the iPad 2 has also shown that Apple is leading the competition in the sale and manufacture of tablet devices. Even with increased competition from Android platformed tablets, the iPad 2 still boasts the largest app market and the security of using an Apple device. The ability to link the iPad with a MacBook and iPhone to share data has made it very popular with small businesses and telecommuters.
Speaking of the iPhone, the launch with Verizon earlier this year, along with the iPhone 4 in white have helped generate customers that weren’t available before. Now people who were locked into contracts with Verizon and unable to switch can now switch without having to pay those fees. This new service for the largest communications company in America has allowed Apple to tap into a much larger portion of the market, and can now increase their advertising value.

These products are a wonderful compliment to one another. Apple is believed to be working for an iPhone 5 launch for both Verizon and AT&T sometime in 2011, as well as announcing new improvements to the MacBook Pro and MacBook Air lines of laptop computers. The recent release of the iPad 2 will continue to see growth in that market. With sales in iTunes also setting new records thanks to a larger catalogue, Apple will continue to see growth, even as they continue to sell existing inventories of iPod Touch and iPod Shuffles. Now iTunes and the iTunes store are available on your iPhone and iPad standard, which allows for growth.

Apple is showing they have put a lot of thought in their plans. If the past is any indication, Apple will announce a new product we have never seen before.