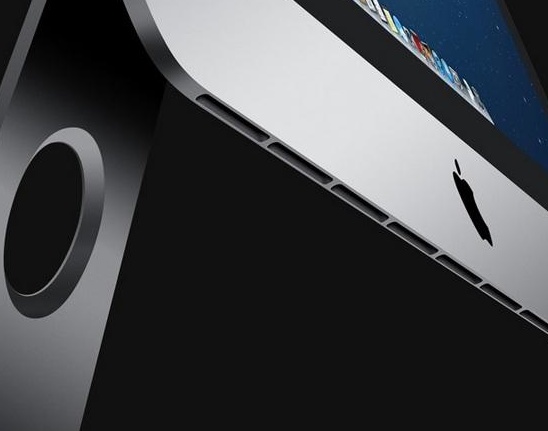 Apple’s flagship iMac is fully revamped for 2012, and it’s being touted as a significant improvement in every way from its previous incarnations. Its notable features include:

The first thing that distinguishes it from the rest is its new form. The 2012 iMac has a sleek, futuristic design, incorporating a razor thin screen only .2 inches wide that seems to hover in midair. Apple proudly markets this screen as having a 75% glare reduction, making the device still convenient to use in a sunny room or near a closely placed lamp.

This slim-down doesn’t come without a bit of sacrifice, however. The new iMac is not offered with a factory-standard optical drive, and it lacks user-accessible RAM. Unfortunately for some, the stock memory is all that’s available, giving the user a choice between 8 GB for $1,299 or 16 GB for $1,499. For most users, however, 8 GB should be plenty, especially in the modern era of flash drives and cloud storage.

As far as hardware goes, the new iMac is certainly superior to its older relatives. With a faster processing speed, it delivers a more powerful computing experience than previously available. It also has two external display ports and two USB ports for accessories. The only major concern is the lack of a standard DVD drive. With the other improvements made to the device, however, it’s hardly a deal-breaker.

The iMac also gets high marks in another crucial area: audio and visual capabilities. The newest iMac comes with noise-canceling dual microphones, making video chatting easier and clearer than ever before. The sound has also been improved through the implementation of higher quality speakers, enabling the user to enjoy their audible media in richer, fuller sound.

Overall, the 2012 iMac has exactly what a new generation of desktops should have: better computing speed and new or improved components. Additionally, it’s in an attractively redesigned package that would look great on anyone’s desk with the added bonus of easy portability. The 16 GB model is recommended for storage-intensive users, but for the regular user who has been considering an iMac for some time, the current iteration of the standard model presents an excellent opportunity to make the jump to Apple’s product.