What to Expect From Apple 2011 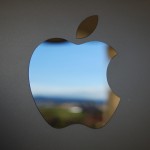 Some things anticipated to be released from Apple in 2011 are:

1) The Mac App Store. If you’re familiar with the AppStore for the iPhone, iPod Touch, and iPad, you’ll easily recognize the App Store, except this time, it’s developed exclusively for Mac hardware. It is predicted to launch in January of 2011 with over 1000 paid and free apps.

2) iPad 2. With the release of the iPad last year, many critics argued that the iPad needed other essentials such as a webcam, and multitasking, And with the release of several new tablets, the competition for the iPad is surely rising. Predicted additions to the iPad 2 include: 2 webcams, one front VGA cam for web chat, the other camera for picture taking, thinner form factor, smaller screen size, faster processing, and better screen resolution.

5) Mac OS X 10.7. Mac OS X 10.7, rumored to be named Lion, was showcased last October. This OS was shown to be influenced by iOS devices and their functionality, ease, and speed.
Since there is so much to be expected from Apple this year, ensuring ways on how you can keep your Apple devices running at its best performance is a must. Mac Repair London is a personal and budget friendly service to Mac owners and users since 2009. They are open seven days a week, with emergency engineers available until nine pm daily. They understand how important your Mac product is to you and will assist you with your needs as timely as they can. More information and contact numbers can be found on our website www.macrepairleeds.co.uk.